Oilfields are areas that are always bustling with workers and equipment handling fluids and many other materials. Large pipes, hydraulic vehicles and electrical tubing is visible each day and put to use in various applications. Often ignored, however, are the seals, caps and other components which are also just as essential. In fact, sometimes failure of these small pieces can be the cause of damages and injuries on a site.

Oilfield thread protectors perform essential functions for tubes and pipes. They are sometimes left off of equipment lists, but without them, many of your site's tubes, threads and pipes would not work and your projects would be delayed. These protectors generally fit into "female" (receiving) parts or over protruding "male" parts of those components. Their protection prevents female parts from debris infiltration and male parts from breaking. If you notice that your company isn't using thread protectors as often as they could, consider these options.

When compared to other choices, you might initially find steel to be too much of an investment. However, steel is perhaps the strongest way to prevent damage to male parts of your threads. In addition, steel can generally handle higher temperatures than other protectors. Because of its strength, you can use steel protectors over and over.

Steel protectors can also come with a screw mechanism which ensures that they'll remain attached unless a screwdriver is used to remove them. If your equipment is roughly handled when moved around, steel may be essential.

Steel and other metal alloys don't cost quite as much as steel. This can mean that they're not as durable as pure metals, but they can often perform well. Ask about temperature ranges for any alloy thread protectors you're considering to be sure they're appropriate for your site.

If your budget doesn't have much money for protectors and that's one of the reasons they haven't been used, consider polyethylene plastic pieces. Plastic is typically more affordable, allowing you to save some money or order bulk lots to have when required. Unlike metal, corrosion isn't an issue, which means at times they can outlast other kinds of protectors. Broken plastic protectors aren't a major problem; a cracked one is easily replaced.

All of these thread protectors work to protect other equipment. Through discussions with industrial vendors and retailers, your company should be able to find a source for these pieces and stock them regularly. 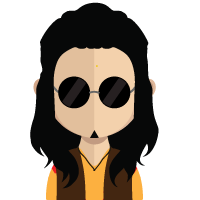